Along the Salzkammergutweg, the most famous Upper Austrian lakes and warm thermal springs of drinking water quality line up like beautiful pearls on a string, surrounded by a stunning mountain backdrop. The Salzkammergut area comprises a number of beautiful lakes boasting water of premium quality: Attersee, Mondsee, Traunsee, Wolfgangsee, Altausseer See, to name but a few. The lakeshores have largely been left untouched and therefore offer a peaceful and unspoiled environment for sunbathing and relaxing. However, the Salzkammergut area offers many culinary and cultural highlights as well: Take Bad Ischl with its imperial splendor, for instance, or charming St. Gilgen, or the lovely towns of Wolfgangsee, Strobl and Gmunden. Activities in, on and by the lakes include all kinds of water sports, walking and hiking, Nordic walking, running and playing golf. With 4,150 kilometers of way-marked routes along lakes, alleys and educational trails and high up in the mountains, Salzkammergut is indeed a hiker’s paradise. In addition, there are several places of inspiration, called Glücksplätze, which even enhance the relaxation factor. Cycling and mountain biking enthusiasts area offered all kinds of routes and trails to suit their individual needs and ambitions. The Emperor City of Bad Ischl

Bad Ischl offers not only a great diversity of spa facilities but there is also the Katrin railway, which takes you to numerous hiking paths in the picturesque Salzkammergut area. Mondsee region| Let's assume you buy a travel guide about Austria or more detailed about the Salzkammergut region or Salzburg and its surroundings and you search for the city of "Mondsee". A Day trip to the Attergau region

The wide area with its gently rolling foothills is appealing to both the more physically active and those seeking to relax away amidst unspoiled nature in abundance. A day trip in the Fuschlsee area always makes for a most relaxing experience. Hundreds of kilometers of hiking trails wind their ways across gently rolling hills, lush meadows and through vast forests. Enjoy hiking tours on well marked paths or just walk along the clean beaches of Lake Attersee, which is Austria's biggest lake. One of the highlights waiting for you is a boat cruise on Lake Attersee. Let your day trip dreams come true! Traunsee, Austria’s deepest lake, is in a picturesque location amid vast meadows, forests and the impressive Traunstein massif. 1 hour a way from Lake Hallstatt. From the beginning, St. Wolfgang has been the backdrop of great miracles. In the Middle Ages, 80,000 pilgrims came here every year; a tremendous number considering the limited mobility of that time. The Kammerhof (where the regional museum is located) is an important building of late Gothic architecture that was an official salt government seat until 1926.

In the Loser Mountain area the High Rope Course provides a thrilling outdoor experience. A unique adrenaline rush with different rope courses, a climbing wall and a special incentive-area is expecting you. 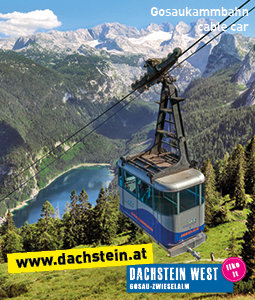 "Obertraun Mountain Moments 2022" Sunrise on the Krippenstein with Alpine Breakfast

Unique holiday experience for nature lovers, hiking enthusiasts or photographers. With delicious breakfast at the picturesque Gjaidalm. The Dachstein plateau is waiting for you! Climb aboard and take a ride. See you at the top! more...

History of the Salzkammergut region

Archaeological findings in the area date back to the Neolithic era, especially the stilt houses of the Mondsee group culture, who settled the region from about 3800 BC onwards. The Germanic name hall of several settlements refers to the region's numerous salt mine, which had been in use at least since the days of the Celtic Hallstatt culture, centered at the mining town of Hallstatt. These operation were continued by the Romans, after the area had been incorporated into the Noricum province in 15 BC. A Roman settlement and salt evaporation pond at Hallstatt is documented about 100, affected by several Germanic invasions after the Marcomannic Wars, until the province was finally evacuated at the behest of the Italian king Odoacer in 488.

From about 530, Bavarii tribes settled the region from the west, they met with Alpine Slavs who had moved northwards through the Enns Valley and across the Dachstein Mountains. From 900 salt trade is again documented along the Traun River, when the area was part of the Traungau region of the German stem duchy of Bavaria, held by the comital dynasty of the Otakars, who from 1056 also ruled over the neighbouring March of Styria. While most of the Traungau fell to the Babenberg duchy of Austria upon the deposition of the Bavarian duke Henry the Lion in 1180, the southeastern Ausseerland remained with the newly established Duchy of Styria, which nevertheless from 1192 was held in personal union by the Austrian Babenbergs.

In 1278 King Rudolph I of Germany, a scion of the Sawabian House of Habsburg, finally seized both duchies from King Ottokar II of Bohemia, whom he defeated in the Battle on the Marchfeld. Rudolph's son King Albert I of Germany defended his hegemony against the rivaling Prince-Archbishops of Salzburg in the west and in 1298 made the lands of Ischl a present to his wife Countess Elisabeth of Gorizia-Tyrol. The Habsburg officials resided at Wildenstein Castle near Ischl and the surrounding estates were called Kammergut, as first documented in a 1656 deed. The salt mines were immediate domains of the Habsburg King of the Romans and mining part of his princely regalia. They were administrated by the financial aulic chamber at Vienna, represented by the salt chamber (Salzamt) in Gmunden. Emperor Maximilian I added to the territory the estates of Mondsee Abbey in 1506.

Quickly and securely to the most beautiful apartments, the best hotels, the most cozy guest houses (B & B's) and the most spacious holiday homes around Lake Hallstatt and the Gosau Valley. Don't look around - book now! Just a click away! 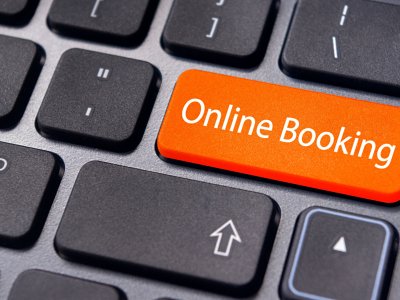 Do you want your family to experience the best attractions that the Dachstein Salzkammergut holiday region has to offer? Experience exciting attractions situated between mountains and lakes within the World Heritage region? Experience the best highlights of Hallstatt, Gosau, Bad Goisern or Obertraun? Fantastic fun at a low price await you and your family with three great potential savings: Breathtaking cable car rides, unforgettable cave adventures, perfect bathing fun and countless other recreational activities within the UNESCO World Heritage region of Hallstatt Dachstein Salzkammergut await you. Here you will find all information about the Salzkammergut Adventure Card, the magnificent summit ticket and your personal guest card. We look forward to meeting you during a fantastic holiday on Lake Hallstatt and in the Gosau Valley.

Information at a glance

Copy this link to the clipboard to search with the same travel data later.